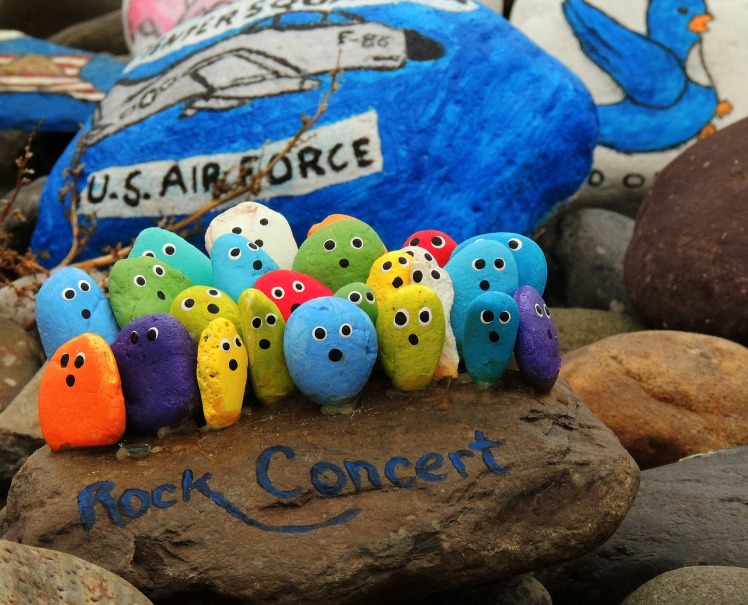 Now there was a Pharisee, a man named Nicodemus who was a member of the Jewish ruling council. He came to Jesus at night and said, “Rabbi, we know that you are a teacher who has come from God. For no one could perform the signs you are doing if God were not with him.”

Jesus replied, “Very truly I tell you, no one can see the kingdom of God unless they are born again.

“How can someone be born when they are old?” Nicodemus asked. “Surely they cannot enter a second time into their mother’s womb to be born!”   John 3:1-4

The papers were scattered everywhere around us – long white legal sheets serving as both our painting apron and our palette.  As I reached out for the white tube of acrylic paint, I cocked my head to one side to get a better view of my niece painting nearby.  Her curly dark blonde hair was stuck in ringlets to her back and her brow was furrowed in concentration as she worked her paint into various swirls of white and red to get just the right shade of pink.  I leaned back on the lawn chair and took in a deep breath.  The air smelled of summer – the smoky barbecue scent wafting over from the neighbor’s grill, the humidity foretelling an evening storm, and the sweat that was beginning to stain our clothes as we worked in the afternoon sun.

My dad loves summer time and is sad after every summer solstice because the hours begin to count down to the inevitable turn toward winter. He is once again that young boy who darted off on his bike after breakfast not to return home until dusk. In his mind, summer was a time of freedom and exploration.  Wonder awaits around every corner for those who have eyes to see it.  A season ready made for new discoveries – as my niece could tell you in a heartbeat!   Yesterday she had stumbled across a blue spray-painted rock lying near the trail as she and my sister were walking and chattering away.  She snatched up the rock in excitement thinking it was one of the painted rocks she had seen online as a part of “The Kindness Rocks project”.  My sister saw at once that it wasn’t one of those “special” rocks, but instead of dimming the enthusiasm of the elated 7 year old, she celebrated the discovery with her.  Discovery of a hidden treasure is a powerful image at any age.

So, the next morning we all went out to gather rocks of our own to paint and hide them along the trail for others to have the joy of “discovering”.  My niece embraced this idea whole heartedly, her little body wriggling with excitement as we examined one rock after another until we had carefully chosen 10 rocks to take home.  Thus I found myself with a crick in my neck as I hunched my body over the tiny rocks we had collected trying to etch out meaningful designs and distinctions on their faces.  But I took more delight in watching the concentration of my little niece sitting next to me – oblivious to the heat, the scattered papers, the curious cat coming over for a closer look.  She sees only her paints and her rocks as she painstakingly puts the finishing touches on her cherished works of art.  Each one is carefully painted with a unique color design and then placed on the porch to dry overnight before we head out to the walking trail where we will hide our “treasures” for others to find.

As I looked over at my niece as we were both painting, my thoughts began to wander, “What is it about this activity that speaks to my heart at a deep level?  What is it about hiding and discovering something so small and insignificant as a rock that points to discovery of those things which are deeply significant?”  I was reminded of the story in Alice and Wonderland – the part when she becomes small and everything looks quite different from her new perspective. Things she never thought to wonder at suddenly became quite spectacular indeed.  Like rocks, I thought. Not since childhood had I taken such an interest in the fine details of something as ordinary as a rock and surely never took time to look at them up close.  How odd that painting small rocks could make me feel small as well.  I felt as if I had been invited to see as a child sees – to see something wonder-full in a painted rock.

In some sense, in order to really receive all that life has to offer, we have to continually be wiling to be re-born. To see the kingdom you must have new eyes.  Through the portal of birth we discover the world as new and startling.  The story world is full of examples of children stepping from one world into another world – only to return and see things in their own world with clearer insight.  Whether it is stepping into a wardrobe and finding yourself in an enchanted wood or falling down a large rabbit hole and landing in the wilds of wonderland, or whether it simply ducking through the backyard hedge and tumbling into the field beyond…  the place of entry is always key. Where we enter is itself transformational. The place where we must be willing to let go of who we were “in that other place” of yesterday and step into a new world of today with wide-eyed wonder.

That is all well and good for fairytales, but what about the “real world”? Some would counter.  This is precisely where we must be given new eyes.  After our rock painting expedition, I took my niece to the aquarium and we saw wild and wondrous creatures that had never been dreamed up in any fairy story I had ever read.  To the nay-sayers, I would say simply, show me a world in the land of fairytales which has more mystery and beauty and grandeur and pathos and epic heroes than this world, this “real world”? Our real world is more tragic than any greek tragedy and our hope is greater than any hero immortalized on the movie screen. That is because the “real world” is many layers deeper than the grandest epic novel ever written!  J.R.R. Tolkien once said that the gospel story of Jesus Christ is the greatest fairy tale story ever told… and it just happens to be true.

To Nicodemus ‘birth’ is a once-in-a-lifetime event.  What he failed to grasp is that birth is not something you can do (He was still focused on his own efforts).  It is something that happens to you when you believe. Jesus becomes your place of transformation.  He is the doorway into the kingdom. He is the portal to new birth. You are given a new name, a new body, you are made a new creation in Christ. You are given new eyes to see the reality that stands before you. What happens in birth is so startling, so radical, so vivid that it takes our breath away because when you receive Jesus into your life, His life takes root on the inside of you and He begins making you new from the inside out.

So now each morning it is a time to be born…  A time to shed the hardened shell around your heart and cynical viewpoint and start anew with expectations of His goodness.  A time to allow the shower water to cleanse away the dirt of yesterday and to ask the Lord of your heart to cleanse away all the bitterness of yesterday.  A time to release the lingering disappointments you have carried for too long and receive the light-hearted laughter of trust.  A time to let go of the discouragement you allowed to weigh on your heart and the lies that cloud your thinking and look up to hear His words of life and hope.  A time to be born and born again  – as many times as it takes to see the world as a little child does waking on Christmas morning.  When we are willing to be re-born, the Spirit opens our eyes to see the world as God’s love letter to us – full of wonder and treasures to be discovered with each step in the journey.